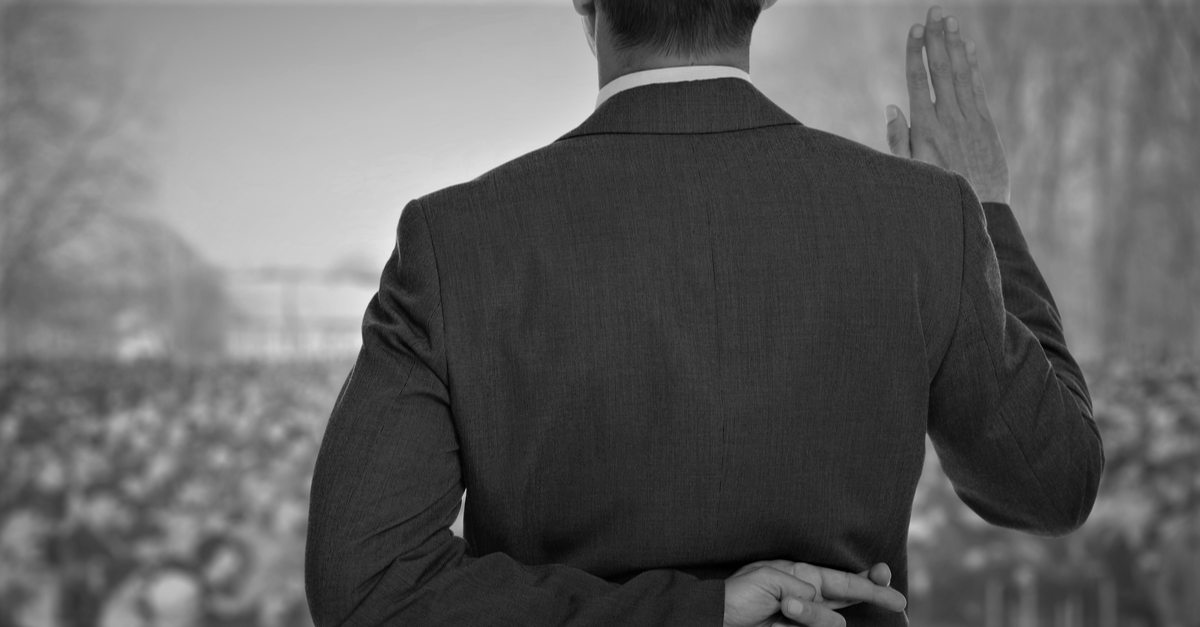 The deadly insurrection in Washington last year created an opportunity for corporate interests to rethink their involvement in U.S. politics. Thousands of companies decried the Jan. 6, 2021, rioting on Capitol Hill by a mob of supporters of the former president seeking to thwart the certification of the 2020 presidential election results. Some went a step further by announcing they were halting donations to politicians altogether.

Cynics speculated companies would get back to politics as usual once the uproar around the violence died down. Twelve months later, they’ve been proven right.

The New York Times reported on the anniversary of the insurrection that “many corporate giants and trade groups have moved from making stern statements about the sanctity of democracy to reopening the financial spigot for lawmakers who undermined the election.” According to an analysis by the watchdog group Citizens for Responsibility and Ethics in Washington, 143 of the 147 Republican lawmakers who voted against certifying Democratic nominee Joe Biden’s victory in the 2020 presidential election subsequently raised more than $18 million from companies and industry associations. That includes nearly $5 million in donations from companies that pledged to halt political giving to what CREW described as “insurrectionist political groups.” CREW also noted that state attorneys general who mounted legal challenges to the election results in battleground states continued to receive political donations from corporate interests.

“Instead of filling the campaign coffers of members who voted not to certify the election and continue to spread the Big Lie, corporations and industry groups should demand that these members renounce their votes and stop undermining our democracy,” CREW said in a report on its efforts to track post-insurrection donations.

In some cases, corporations and their representatives flip-flopped quickly on their positions regarding political giving. The powerful U.S. Chamber of Commerce, for example, lasted all of two months before it went back to opening its checkbook. By April, automaker Toyota Motor Co. was cutting checks to Michigan lawmakers Jack Bergman and Tim Walberg, both GOP members of the House of Representatives who voted to overturn the election results.

What did Bergman and Walberg do to change Toyota’s position on donating to them? Nothing, based on a statement the car manufacturer provided to Bridge Michigan. Toyota said it simply “supports candidates based on their position on issues that are important to the auto industry and the company.”

Meanwhile, some major companies are pushing back against shareholders’ efforts to evaluate how well their political donations line up with their stated values. For instance, in the last year, JPMorgan Chase & Co. and Johnson & Johnson have requested no-action letters from the Securities and Exchange Commission to quash shareholder proposals calling for more transparency from the companies on the matter. A group of Walt Disney Company shareholders called for the company to create an annual report disclosing corporate political spending activity. The measure was voted down.

All in all, this looks like a new spin on greenwashing by corporations more worried about the optics of January 6th than the actual events of the day. That might help companies secure favorable tax treatment or regulatory policy in the short term. However, as a recent report from William A. Galston and Elaine Kamarck of The Brookings Institution points out, threats to the rule of law also threaten a functioning free market. “The fate of democracy and that of the private sector are inextricably linked, and private sector leaders have reasons of self-interest as well as principle to do what they can to strengthen democracy,” the authors warn.

In July, Toyota reversed course (again) on its donation policy, citing pushback from stakeholders. Perhaps they convinced Toyota that no issue could be more important to an industry or a company than preserving democracy.