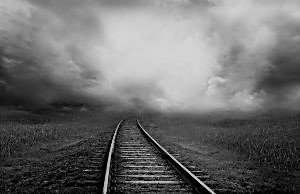 Sears Holdings’ most recent SEC filings paints a grim picture for the once-booming home store. In fact, it appears likely that the iconic retailer, which also owns Kmart, is headed for an imminent restructuring.

In its March 21, 2017 10-K filing the company sent up its biggest red flag yet, stating: “substantial doubt exists related to the company’s ability to continue as a going concern.” Such foreboding talk can’t sound good to common stockholders, who at this point should be expecting bankruptcy proceedings in their future. But for the biggest stockholder of all—chairman and CEO Edward S. Lampert—things may not be so bleak after all.

At Kmart, the most recent decrease was “primarily due to the effect of having fewer stores in operation, which accounted for approximately $1.0 billion of the decline,” the filing said. Revenues were also impacted by a decrease in comparable-store sales of 5.3 percent, which accounted for approximately $477 million of the decline. The decrease in comparable-store sales was primarily driven by declines in the grocery and household, consumer electronics, and pharmacy categories.

The 10-K identified plenty of threats to the company’s ability to keep the lights on: “Our business has been and will continue to be affected by worldwide economic conditions; an economic downturn, a renewed decline in consumer-spending levels and other conditions, including inflation and changing prices of energy, could lead to reduced revenues and gross margins, and negatively impact our liquidity.”

One might assume it’s all bad news for Lampert, who owns approximately 48 percent of the outstanding shares of common stock, which presumably would lose their value in a bankruptcy. But Lampert is also the principal creditor of Sears Holdings, and the 100-year-old retail company has not been shy about the fact that interests of Lampert the creditor diverge from those of ordinary investors. “Affiliates of our Chairman and Chief Executive Officer, whose interests may be different than your interests, exert substantial influence over our Company,” the filing said.

In recent years, Lampert spun off several Sears divisions and “provided secured financing in exchange for real estate collateral and transferring valuable properties to an investment trust, all while retaining ownership stakes in those assets,” according to a USA Today report.

It noted, for instance: “Sears sold 235 store properties and its interest in another 31 properties to a newly formed real estate investment trust (REIT) called Seritage Growth Properties for $2.7 billion in 2015. The deal gave Seritage control of some of Sears’ best properties in a sale-leaseback transaction. Lampert’s [hedge fund] owns 43.5 percent of the limited partnership units of Seritage and 7.9 percent of the REIT’s voting power.”

A former CEO of Sears Canada quoted in the article notes that Lampert’s deals, which have isolated many company assets while preserving ownership interests for Lampert, “have essentially protected him from what is likely (going to) occur.”

All of which might explain why despite the dark clouds over Sears Holdings, Lampert is able to put a positive spin on things. In a March 9 company statement, he said, “we are taking decisive actions to become a more agile and competitive retailer with a clear path toward profitability.”